Leeuwin Estate awarded Winery of the Year for 2017 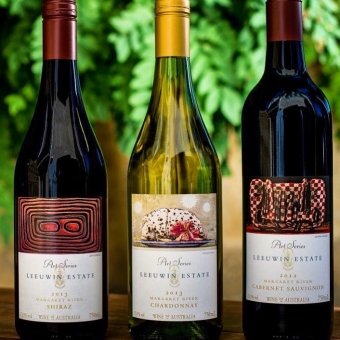 UK based Matthew Jukes, one of the world’s most respected experts on Australian wine, has named Leeuwin Estate his Winery of the Year and has awarded his highest point score, a perfect 20/20 for the new release 2014 Art Series Chardonnay in his annual 100 Best Australian Wines Report at the London launch on 23 May 2017.

Jukes reports, “I have followed Leeuwin Estate closely for 28 years – I tasted my first Art Series Chardonnay in April 1990 and I remember it as if it was yesterday”.

“Leeuwin is a titan among Australian boutique wineries. No other estate has reached such a lofty nor long term grip on Chardonnay supremacy. When I pour Leeuwin Prelude Chardonnay or Art Series Chardonnay at events or on the Roadshow consumers are actively excited to taste the wine. These wines have an aura of greatness and even newcomers to wine seem to have heard this name. Perhaps this is because this idyllic estate brings so much more than just its epic wines to our lives. The art gallery (and labels), restaurant and music/concert sub-themes bring this winery to life and they show that Denis and Trish and now Simone and Justin Horgan appreciate how wine is but one part of the overall experience of our artistic and hedonistic existence”.

“Without Leeuwin I feel that the entire country would not have travelled so far so fast and with their standards as high as ever, and with Art Series Cabernet joining the Chardonnay as an important wine for serious wine lovers’ cellars, it is my immense pleasure to announce that Leeuwin has picked up this year’s Winery of the Year title.