The Over The Top Cranberry Wheat Ale from Boxing Rock Brewery is a collaboration with Karen Allen from Gahan House – and the first sour mash beer to be brewed and packaged in Nova Scotia.

Tart and fruity, this one-of-a-kind sour ale displays notes of berries and wheat.

Refreshingly tart and awesomely sessionable, this beer began with a 48 hour sour mash. A late hop addition imparts a fruity aroma which balances the sour malt base.

Nova Scotia cranberries dry out the finish and add a bold depth of flavor and colour.

This cranberry wheat ale is crisp and dry, making it a good palate cleanser between courses, or a good companion with lighter fare, salads or fruity desserts.

During holiday season this is a great pairing with turkey!

According to local folk lore, Boxing Rock is where bickering seamen were left by their captain to sort out their differences. The choice: box until only one could return to the ship or shake hands and share a beer. Either way it is only a few hours until high tide. 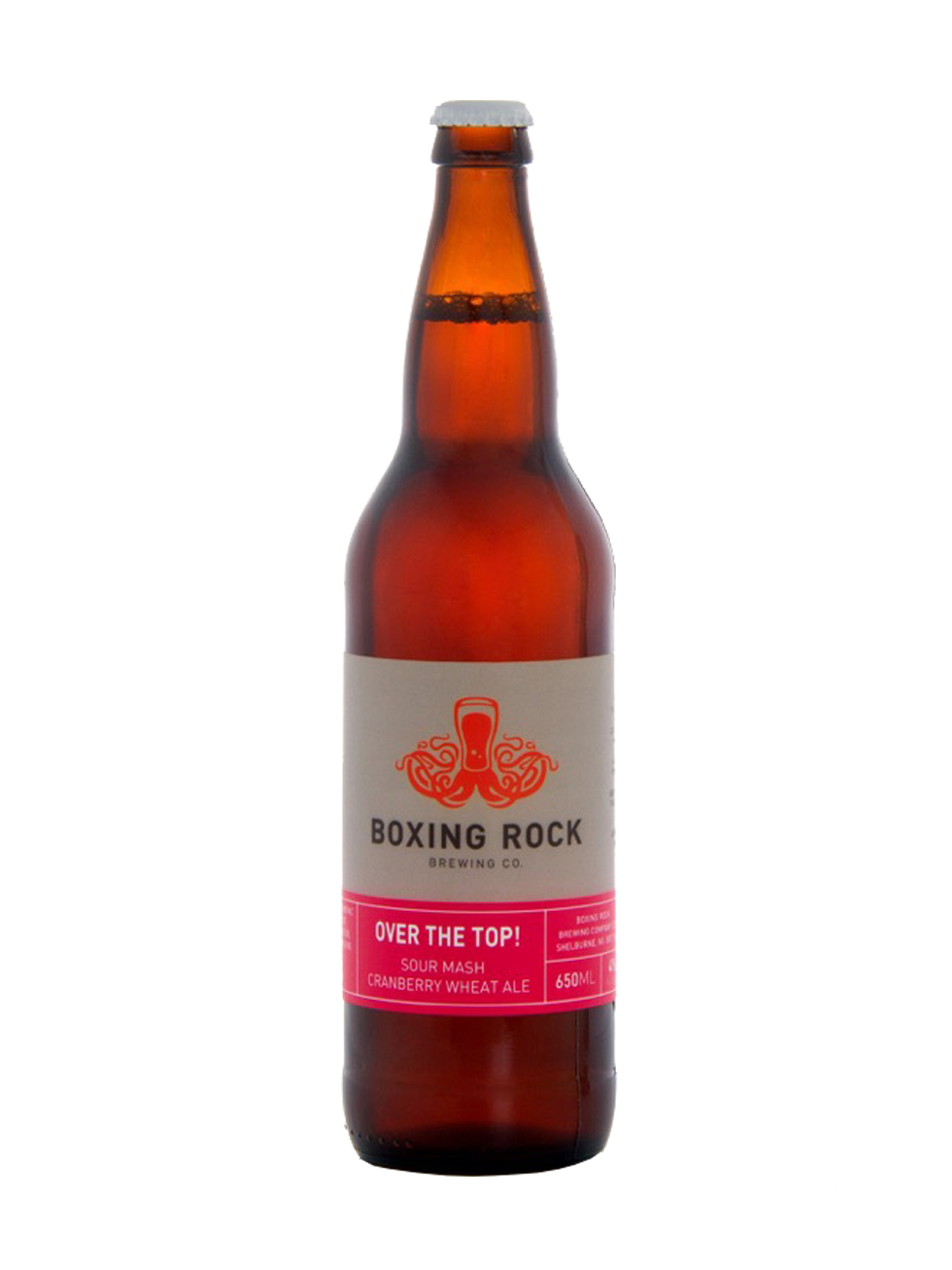